Today I will speak generally about the biggest improvements and changed which have happened in Edie’s life. You know as 1st time parent you are always surprised by your child. And because Edie is running like a hell fast, exploring every single thing  around him by touching it, licking it, eating it he already know how it feels to be burn (just  a little do not worry), he knows how to feels to be cut, how feels to have infection in his mouth because bad fountain water.

But the big fun is his talking. Yeah I know he is not talking fully, but he start to use simple words and practicing different letters, such rrrrr, sssss (he is able to spill thousand of salivas around by doing sssss or rrrrr). Also he is greeting Carlos in Spanish ” Hola!” and saying Agua for water, in Czech he continue to say papapapa (buy bye), he started to say “Auto” car or wheel,”nana”  something like more or again”Ba Ba” is any kind of animal, because dogs and any other animal which can lick his hands or his face of just snoofe around him he will love. He loves animals in general and last week when we visited our friends in Prague he fall in love with their hamster. He wanted to touch him all the time until the little poor animal was only sleeping being tired from Edie’s constant care 🙂

But also Edie is running like a hell. He stopped to walk because it is boring already. And running is much more fun. So I started to run too. No matter where he is he always founds some water fountain, water tank, drinking spot for dogs and starts to play with the water. So it results in my runs after him, or just  him being wet and happy and me constantly changing his clothes over and over again. I think already look like Santa, because my bag with spare clothes for him is being bigger and bigger. Yeah today for example he found these springs fountain running in the park and wash himself like in the shower. And you can imagine how angry he was when I took him away. He always lay down to the ground, starts to kick and bend himself that I can not nearly take him. But I always know the way how to combat him 🙂

I realized that: “If you know that your child will be angry from particular thing like Edie can be, PREVENT THE SITUATION OF ANGER!. I realized that for example, if he sees the fountain, and he is heading for it. I start to play hunting with him. I run against him and try to catch him with open arms. He understands it like a game instead of me being draging him away and instead of cry and anger I deserved laugh and smile! Ufffff one mission done!

If you want child to play with the things you think that they are for him, then surround him with them and keep them in your hands and show him their advantages and usage. Kids are following us and they will think that these things are something special worth to use them. SO if I am cutting vegetable or cooking than I put into Edie’s hands dining knifes instead of sharp one and peace of soft vegie like cucumber. Bot of us are cutting but since I am faster I can prepare whole lunch, Edie is entertained by fighting with his peace of food and happy to do something and learn.

So the basic rule is DISTRACTION, ENTERTAINMENT, ACTION. Always make fun from the things which he should not do. But If it does not work do not be worry to punish him. I have to show Edie his limits, or later he will not respect me, other kids and people.

And also something from his social life. He is more and more social. He loves people, he is not afraid to go with my friends away. He likes to play so anybody who can do some fun with him will be his friend.

Edie still loves eating and especially carrot, vegetables in general, fruits and yogurth. He does not like much bread, potatoes. But as we say that “The hunger is the best chef” I always make him hungry by and then he eats with full appetite. I do not like to give him  cookies and other sweet stuff. So he learned to eat fruits rather than sweets and vegetable rather then chips. It is just matter of habit for the kids. What you get used to him, it will eat.  He loves also fish meat and other types if they are soft.

And he sleeps very well already. Since circa 9pm until 7 am. sooo goood 🙂

He is still producing liters of salivas, but no teeth arrived. He has still 8 teeth.

And now some gallery:

Now we have harvesting time here in Brno, so we were picking some cherries…..hmmm sweet and tasty. Edie was eating them fully even with seeds from ground. But he was just fine, no stomach issues.

Before we cut Edies hair, he looked like and angel. So you can see him while he is exploring the animal world and hunting butterfly

I also recorded how active he is at home. Because when we are outside he is calmer and while playing with another kids nobody believes me that he can be also very energetic and hyperactive 🙂 and he likes to take things out of shelf and draws. And if something does not go as he wants he used to shouts, cry or became angry.

So and since we are constant travelers we have done few exploratory trips with Edie. Actually I also wanted to show Carlos more from South Moravien region where we lived. And we also visited Slovakia, where lives my friends.

And after we went to watch tower in Tisnov, town just close by 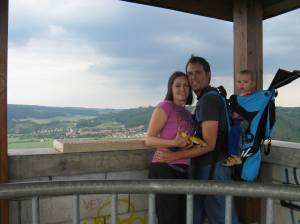 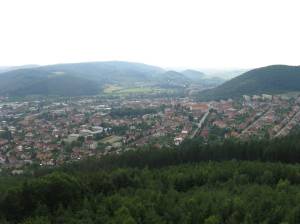 We went also the the medieval festival in Cesky Krumlov, south Bohemia 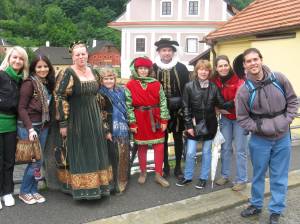 Bojnice in Slovakia – in Tindas home land and house 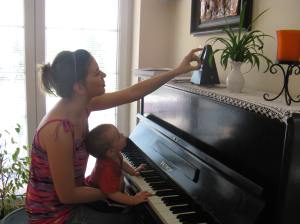 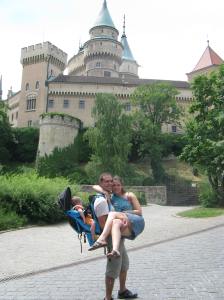 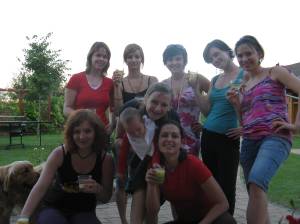 And as I see I had soooo many things in my head to share with you , that I am already from short post writing long long story. But you know me. Life is fun and my blog is my relaxation, my passion, my share of my life with you.  So stay tuned and let me know what you would like to know from me 🙂 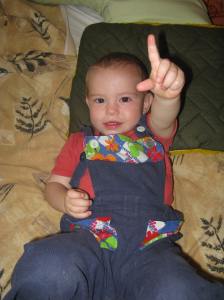